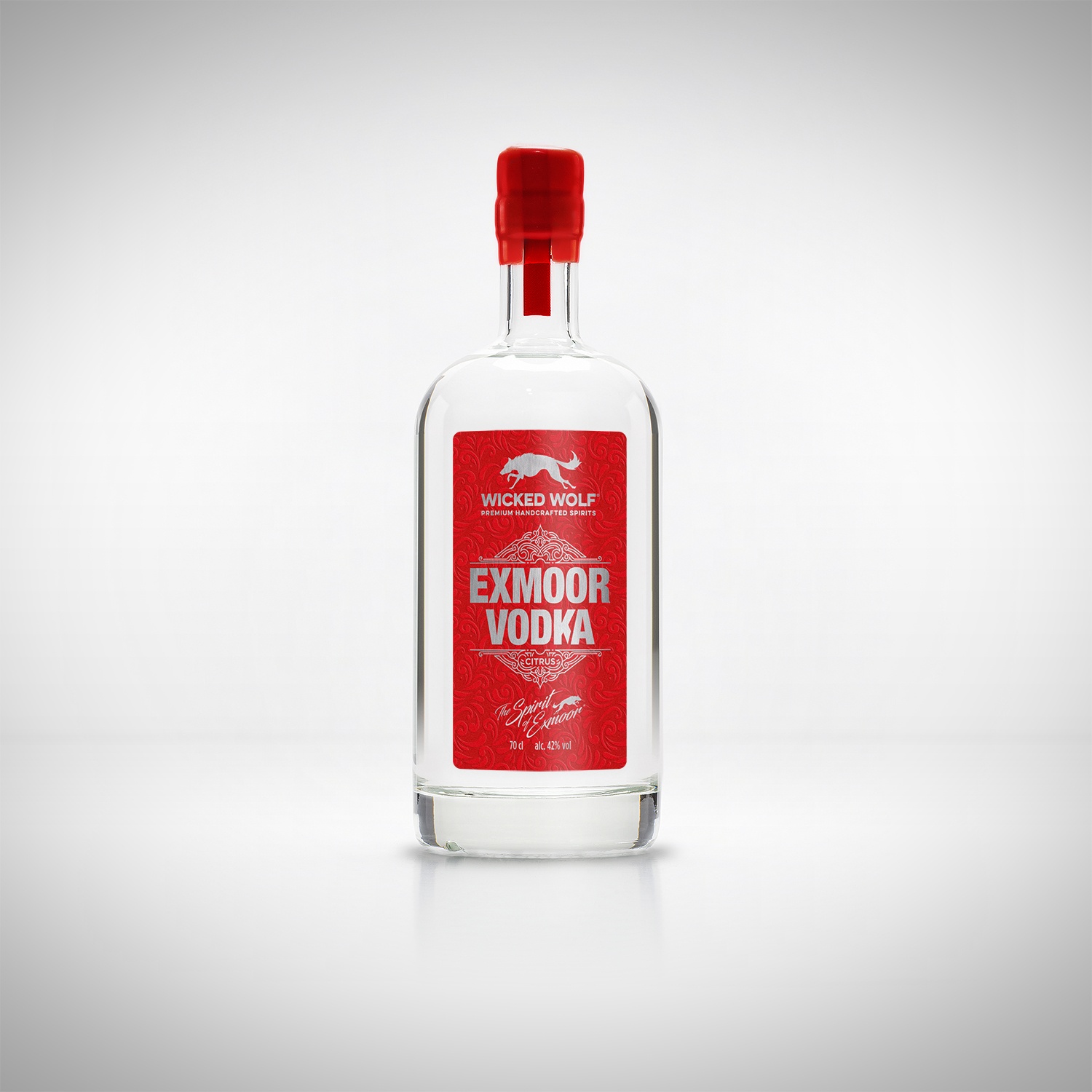 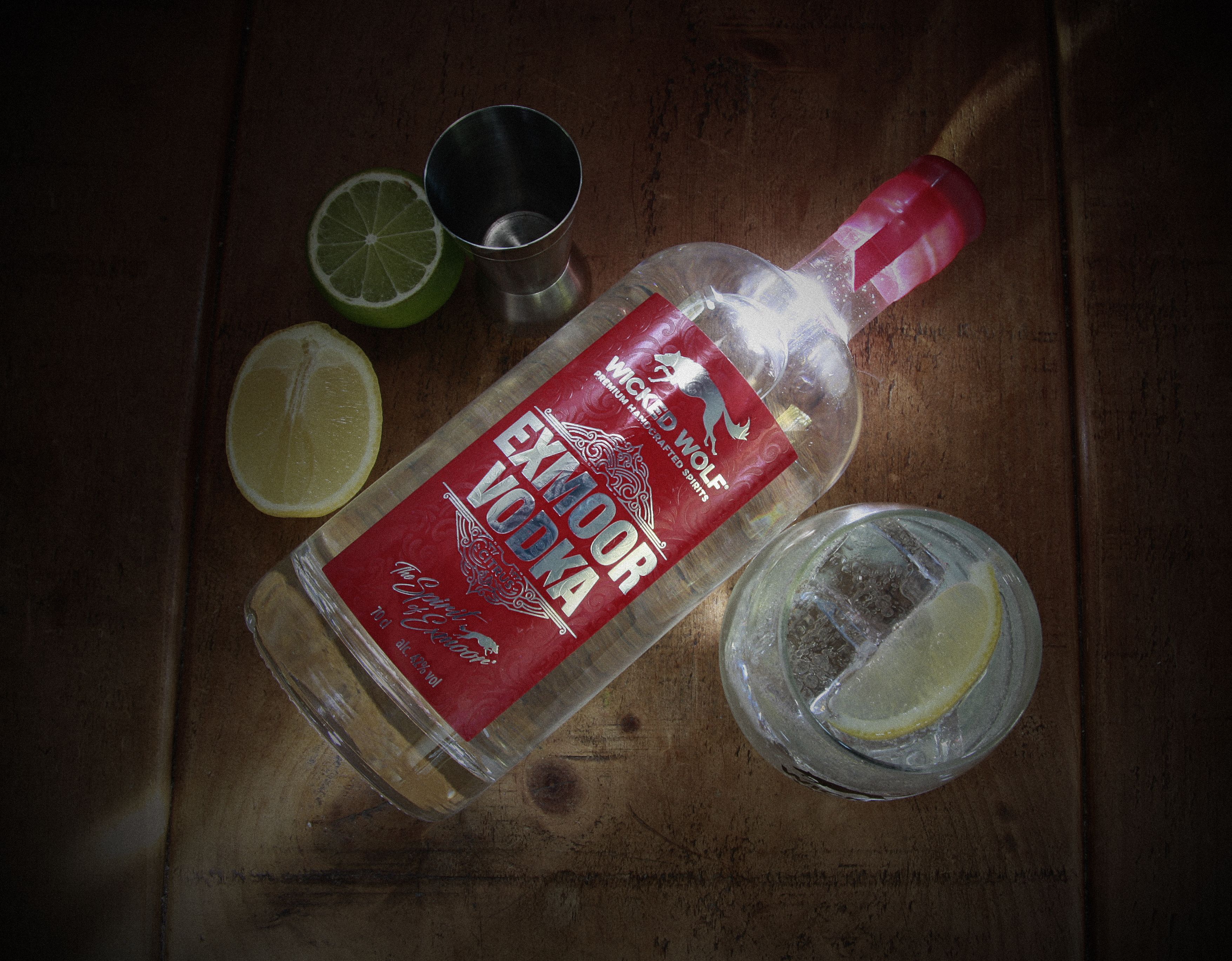 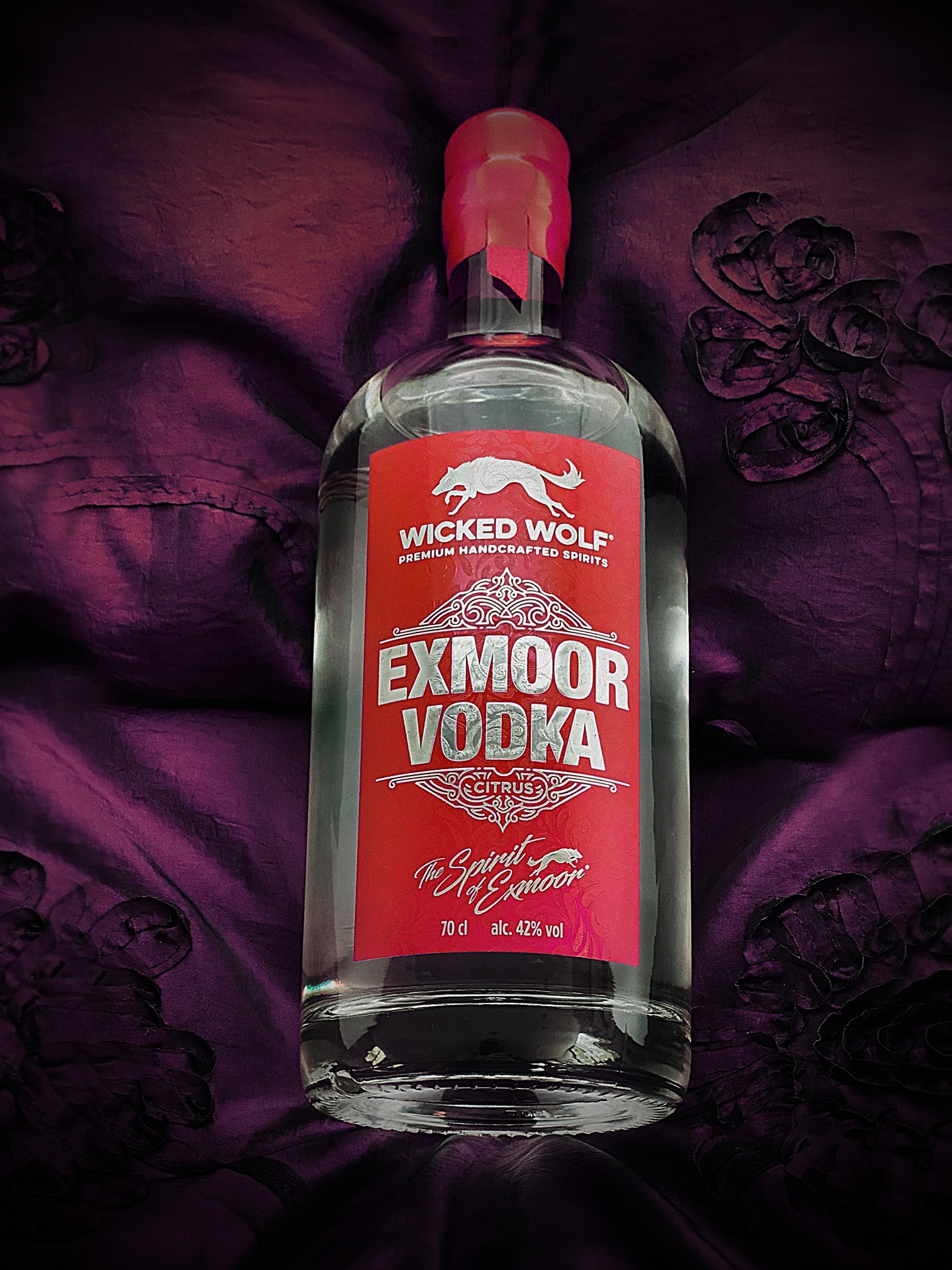 Wicked Wolf Exmoor Vodka is a versatile premium spirit double distilled with nothing but 100% Sicilian lemons and filtered through activated coconut charcoal.

Our Exmoor Vodka boasts a clean crisp citrus note that is well suited to drinking on its own with a block of ice as a Vodka and tonic or as the backbone to any cocktail.

The history of vodka varies depending who you ask; however, we do know that the story originates in one of the following countries either Russia, Sweden, or Poland. Each of these countries lays claim to vodka, each using their own technique with varying alcohol content.

For many the history of vodka started in Russia in the around the 14th century. Vodka at this time was being made by the distillation of grapes, and so was considered to be a spirit wine. In 1430, the first Russian vodka recipe was created by Isidore the Monk a Russian Orthodox monk, and this was a bread wine, which was no more than 40% ABV this was referred to as a “burning wine.”

At around the same time Poland had a history of making vodka, commonly used as a medicine. There are a great number of historic Polish vodka blends that date back to the 16th, 17th and the 18th century. Though there was a substantial vodka cottage industry in Poland back to the 16th century, the latter part of the 18th century marked the start of real commercial production of vodka in Poland. Vodkas produced by the nobility and clergy became a mass product. The development of new technologies at the end of the 19th century allowed the production of clear vodkas, contributing to its success.

Vodka production started in Sweden in the late 15th century, and it wasn’t until the late 18th century that Swedish vodka production expanded. At this time potatoes became the main product used in the Swedish distillation process also distillery equipment also improved throughout the 19th century. Up until the 1950s, vodka was not used as a designation for Swedish distilled spirits, instead here also it was known as a “burn-wine”

Vodka may be distilled from any starch or sugar rich plant matter; most vodkas today are produced from grains such as sorghum, corn, rye or wheat. Among grain vodkas, rye and wheat vodkas are generally considered superior. Some vodkas are made from potatoes, molasses, soybeans, grapes, rice and sugar beets.

When making our vodka we start with a premium wheat grain vodka which has been slowly double distilled and slow filtered through activated coconut charcoal. The activated charcoal will clean the spirit or “polish” the spirit by removing any impurities, the spirit is filtered this way a number of times to achieve a smooth high grade spirit. We then take the spirit and double distil this again slowly with Sicilian lemons, this gives us our citrus vodka, clean, crisp and sophisticated. It is then allowed to settle for 48hrs before being diluted to 42% ABV, bottled, labelled and distributed.

This website uses cookies to improve your experience while you navigate through the website. Out of these cookies, the cookies that are categorized as necessary are stored on your browser as they are essential for the working of basic functionalities of the website. We also use third-party cookies that help us analyze and understand how you use this website. These cookies will be stored in your browser only with your consent. You also have the option to opt-out of these cookies. But opting out of some of these cookies may have an effect on your browsing experience.
Necessary Always Enabled
Necessary cookies are absolutely essential for the website to function properly. This category only includes cookies that ensures basic functionalities and security features of the website. These cookies do not store any personal information.
Non-necessary
Any cookies that may not be particularly necessary for the website to function and is used specifically to collect user personal data via analytics, ads, other embedded contents are termed as non-necessary cookies. It is mandatory to procure user consent prior to running these cookies on your website.
SAVE & ACCEPT